A Drip Marketing campaign is when you send a group of people a series of pre-defined emails, at set intervals, over a period of time. Drip Marketing is useful in a variety of scenarios where you want to communicate with people in stages.

For example, you could email all your prospects in one email, and set one or more follow-up emails to send few days later. Maybe you have a group of new leads from a trade exhibition and want to send them information on your organisation and then send a special offer to entice them to buy a few days later. Or for new customers you might first send a welcoming email and at a later date send details of other products they might be interested in. 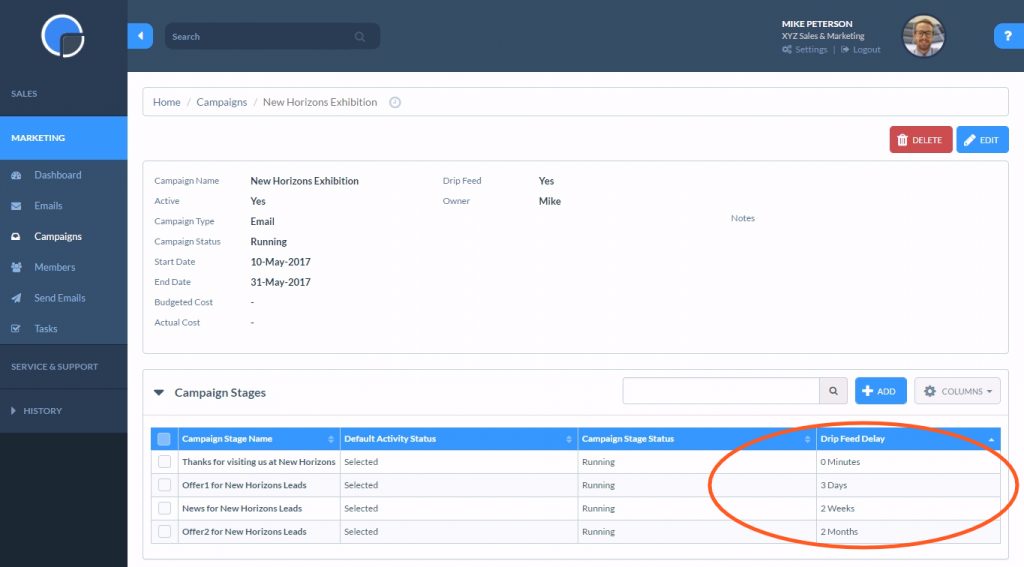 To create a Drip Marketing campaign, create a Campaign in the usual way and set the Drip Feed toggle switch to ‘Yes’. 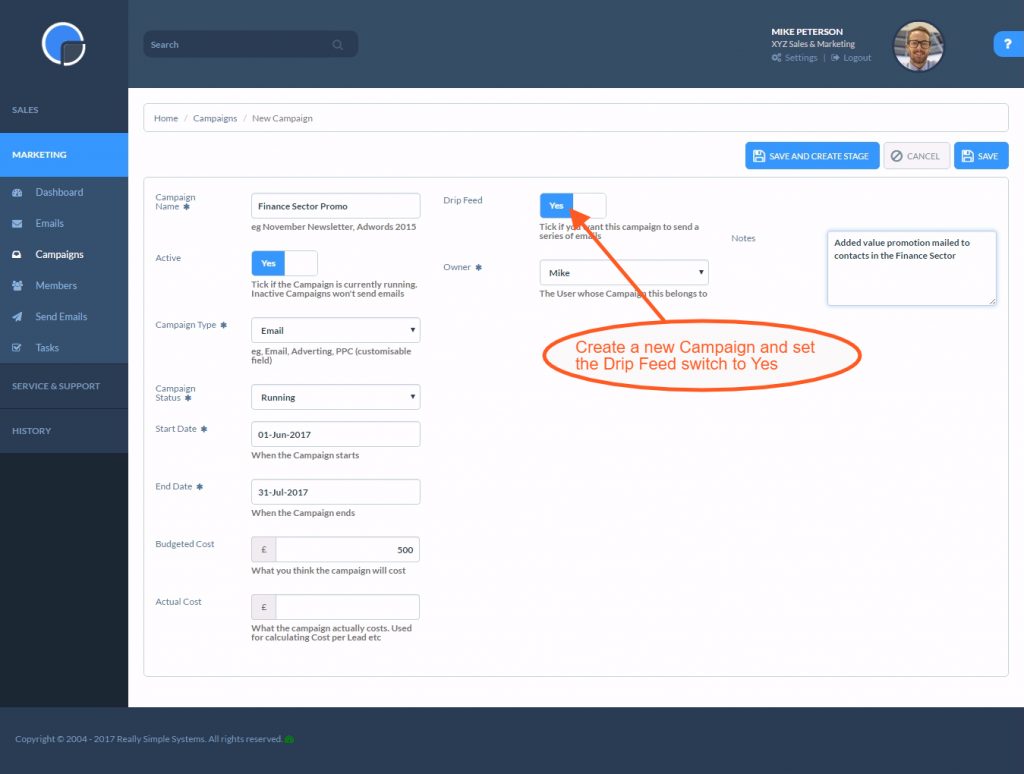 Then for each email that you want to send, create a Campaign Stage using that email and enter the Drip Feed Delay. Choose Minutes, Hours, Days etc as required.

N.B. The Drip Feed Delay is the total time from when the Contact is first added to the Campaign or when the Campaign first starts, not the time between Campaign Stages. 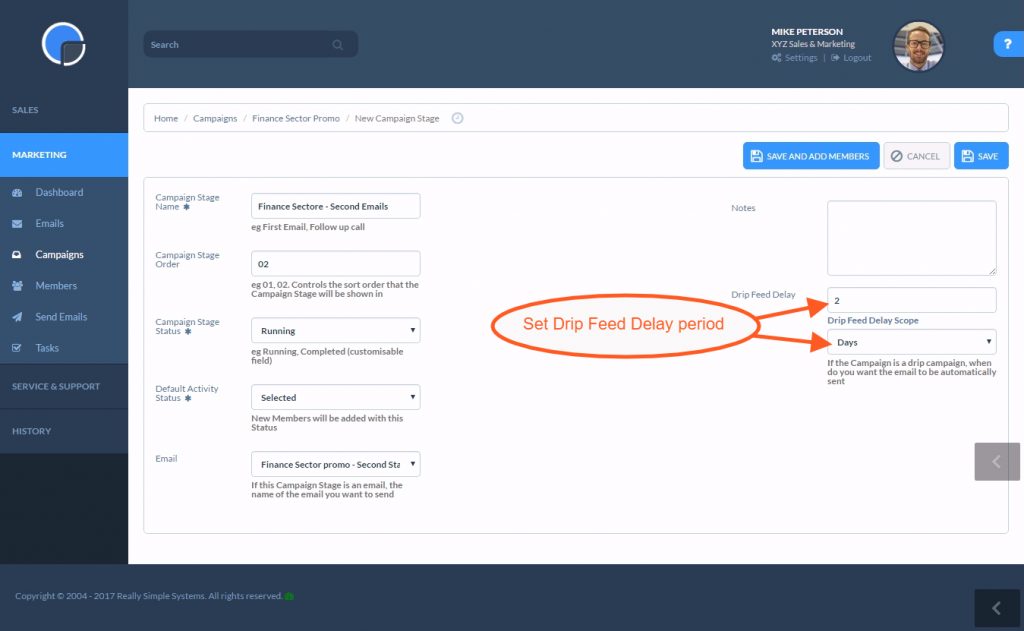 Contacts can be added manually to a Campaign, or automatically using Web Forms and Web Transactions. This is useful to automate new enquiries from a form on your web site.

If a Contact unsubscribes from the emails, they will remain in the subsequent campaign Stages but won’t be sent further emails as they be be on Hold.